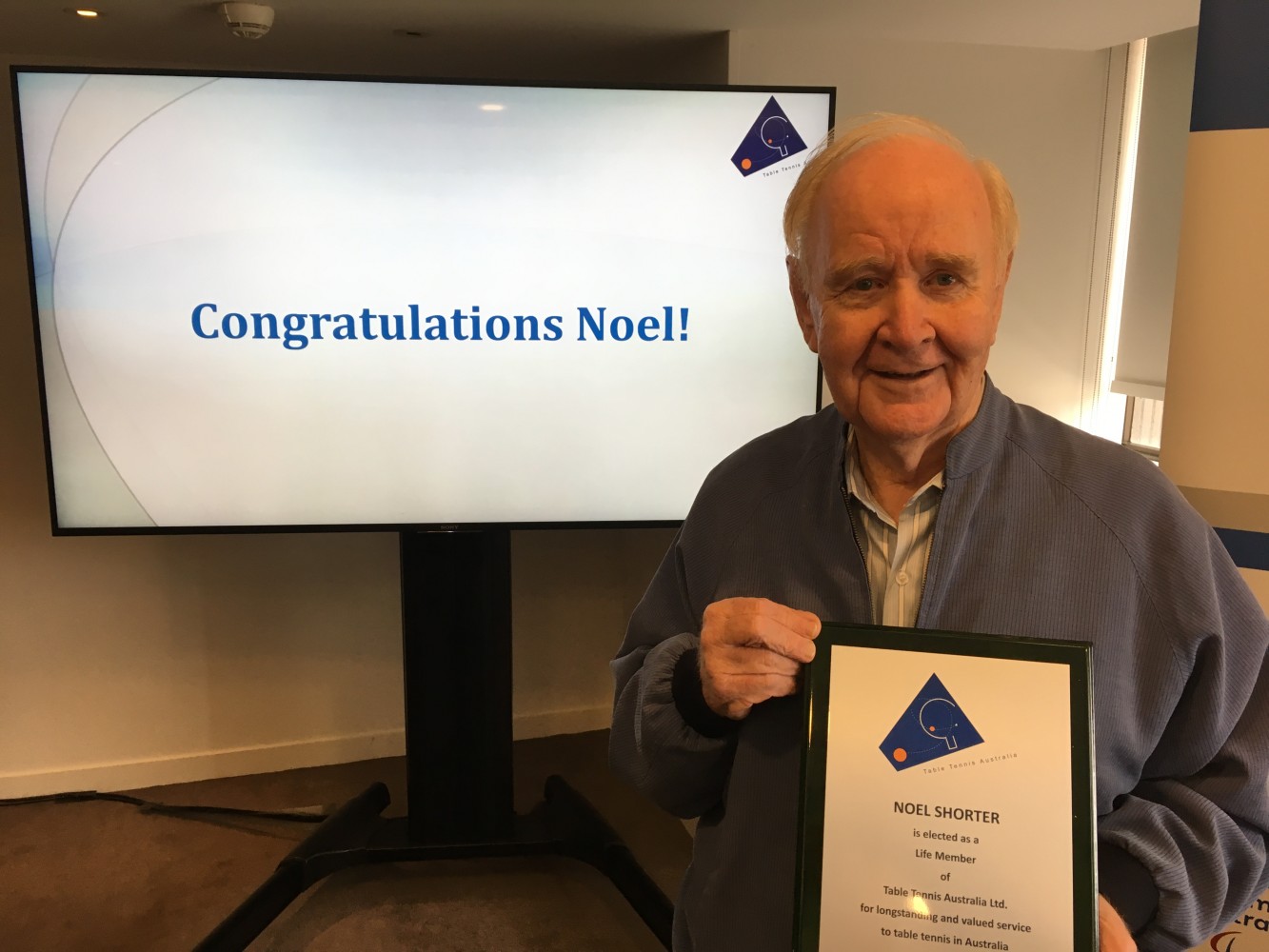 TTA is pleased to announce that Mr. Noel Shorter has been awarded Life Membership of TTA for longstanding and valued service to table tennis in Australia. Noel’s nomination for TTA Life Membership was unanimously supported by the State and Territory Associations at the TTA AGM on Saturday 30 March 2019.

Noel started his table tennis career as a player in 1955 in Sydney, but it was as a coach, businessman and entrepreneur that Noel’s table tennis legacy was created. As a coach, Noel oversaw the development of multiple athletes to win countless National Titles and become internationally successful, most notably the golden generation of the Men’s National Team including Paul Pinkewich, Steve Knapp and Bob Tuckett (this team rose to number 12 in the world). Plus many others including Gary Haberl, Dennis Makaling, Russell Lavale, Greg Thomas and Ann Middleton (nee McMahon). Noel was also coach of the Australian team that travelled to China in 1971 as part of the famous ‘Ping Pong Diplomacy’ tour.

As a businessman and entrepreneur, Noel established Combined Sports Traders in 1971, which in its day was arguably the biggest table tennis company in Australia. Although Noel is no longer an owner of the business, he still works part-time for the company, which is now under the name of Aussie Table Tennis. Combined Sports Traders and Aussie Table Tennis generously supported countless athletes over the years with equipment sponsorships.

Noel founded the Wills International Tournament in 1977, which aired on ABC television for 16 weeks and significantly boosted interest in table tennis in Australia. The event attracted multiple world champions to compete, substantial spectator attendances and one year was even played at the Sydney Opera House.

Noel was an owner of the Sydney Smashers in the National League of the 1990’s, a successful team that won the competition and drew record spectator numbers. Noel also served as a National Selector, National Team Manager and as a Technical Advisor at the 2000 Sydney Olympic Games.