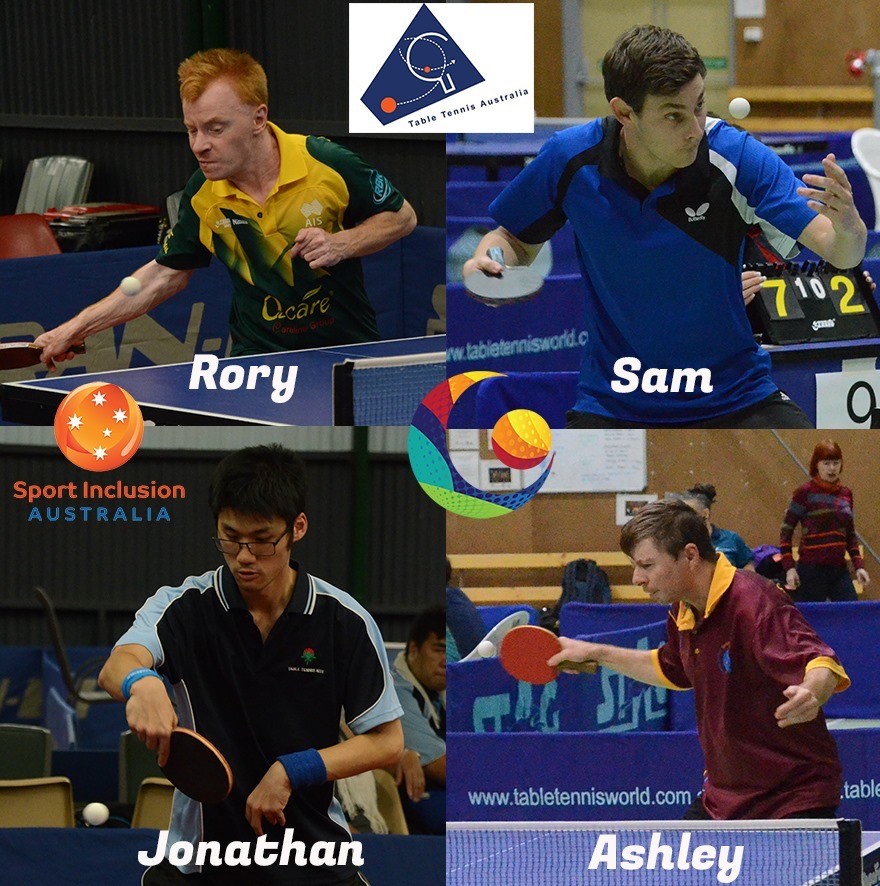 Table Tennis Australia and Sport Inclusion Australia are pleased to announce the team to represent Australia at the 2019 INAS Global Games in Brisbane.  Sam Von Einem (SA), Rory Carroll (VIC), Jonathan Tan (NSW) and Ashley Parrott (QLD) will take on the Worlds best players in Brisbane.
Von Einem ranked 4 in the World has just returned from Japan where he won the Japan Para Open, while Carroll has also just returned from overseas having finished third in the Bangkok Para Open.  Tan is making his debut for Australia while Parrott returns to the Green and Gold having represented Australia at the 2011 INAS Global Games in Italy.
The Table Tennis competition is sanctioned by the International Table Tennis Federation Para as a Factor 20 event.
We look forward to some outstanding table tennis at the highest level
Good luck to all players.
Last modified onFriday, 13 September 2019 11:04